Buy now, pay later took the lending industry by storm in 2021, with Affirm Holdings (AFRM -5.50%) among the companies affected. The company went public in January 2021 and surged to an eventual high of $176 a share. However, fears over a potential recession and “buy now, pay later” becoming “buy now, pay never” have quickly cooled investor interest in less-proven lenders like Affirm.

The stock price tumbled 92% from its highs and is currently clawing its way up from recent lows. CEO Max Levchin recently spoke at an event, and his commentary revealed a potential game-changer for the company and its investors. Here’s what you need to know. 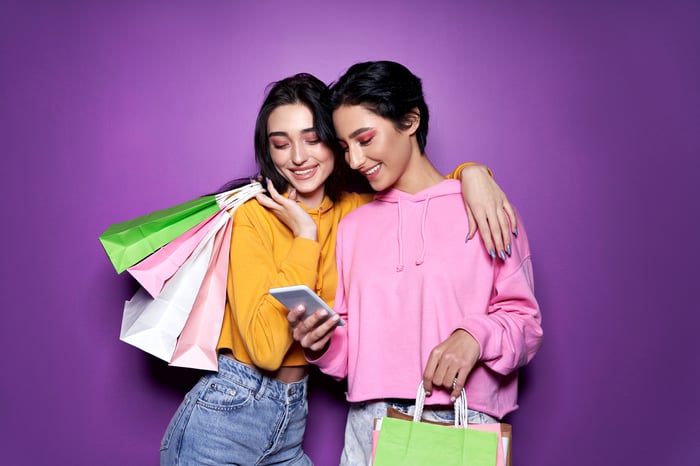 The network effects of Affirm

Understanding Affirm’s business model and competitive advantage can help color around why certain developments are big news for the company. Affirm is a lending platform with two sides: consumers and merchants.

Affirm has struck several significant deals with leading retailers to spin this wheel as quickly as possible, including integrations with Amazon, Walmart, Target, and Shopify. As of the quarter ending March 31, Affirm’s user count is at 12.7 million (up 137% year over year), and merchants total 207,000 (up 1,698% year over year).

You might already know that Affirm is developing a debit card with buy now, pay later capabilities called Affirm Debit+. Levchin recently spoke at a conference and talked about the company’s intention to license out its Debit+ technology to other card issuers like banks and credit unions.

Not so much because we see that as a massive profits out of it, because it is really the right thing for the end consumer. So if you’re [a] credit union or regional bank who [doesn’t] have access to the yields that credit card issuers have, we will offer you our Tech Stack, we built it explicitly for that purpose. So our card is hopefully one of many Debit+-branded cards where Debit+ is the enabling technology and not to the underlying lenders.

Levchin points to the consumer benefits, but Affirm will also benefit by getting its technology in front of more consumers. There are more than 10,000 banks and credit unions in the United States, so there is potentially an ample opportunity for Debit+ to build a footprint among consumers. The network effects would get stronger.

So is Affirm a buy?

Affirm’s in the early stages of its business plan and there are many moving parts within the company. It needs a sustained competitive advantage to be profitable over the long term, and management’s rapid pace of partnerships and product development shows its focus on that.

That doesn’t make Affirm a sure bet, of course, but its stellar growth numbers give long-term investors something to hang their hat on. Investors will get a sense of Affirm’s direction once Debit+ officially launches. They will probably be happy if a day comes when people carry Debit+-branded cards in their wallets like they do traditional credit cards. Affirm seems intent on making that happen.

‘Andor’ Release Schedule: When is Episode 9 Hitting Disney Plus?

How to Start Selling Your Baked Goods Online